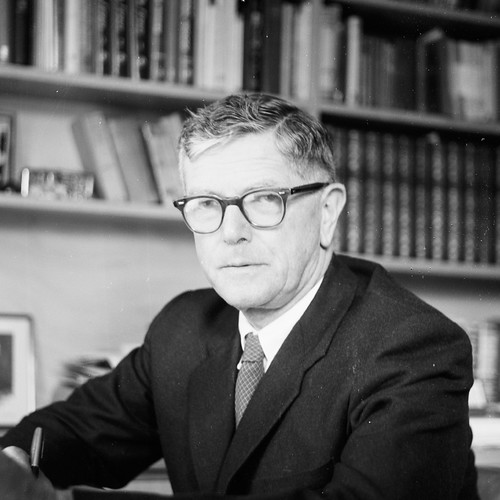 Born in Traralgon, Victoria, Frank Macfarlane Burnet graduated from the University of Melbourne in 1923 and joined the Walter and Eliza Hall Institute of Medical Research (WEHI). His early research focussed on bacteriology but his major contributions were in virology. In 1944 he was appointed Director of WEHI and during his 21-year tenure the institute became a world leader in the study of the influenza virus and immunology.

In 1960 Burnet shared the Nobel Prize for Medicine with Peter Medawar of Britain for the discovery of acquired immunological tolerance, which paved the way for successful human organ transplants. He was awarded the inaugural Australian of the Year award shortly after his return from the Nobel Prize ceremony in Sweden. When told of his honour, he observed: ‘It does indicate that the community thinks that science is important, which pleases me.’

Burnet was appointed a Knight Commander of the Order of the British Empire in 1969.