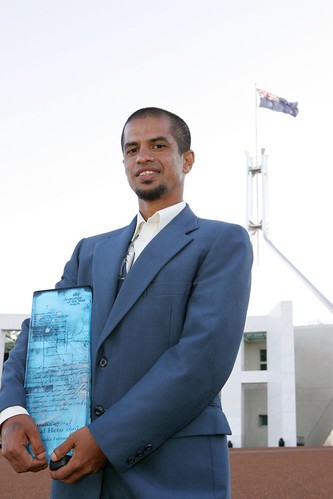 Shanaka Fernando was born in Sri Lanka to an Irish Catholic mother and a father of Portuguese descent. He attended a Buddhist school and was involved in theatre and choreography before immigrating to Australia in his early twenties. Fernando studied law for three years, travelled extensively in the third world, and was increasingly drawn to social justice issues.

In 2000 he opened an experimental vegetarian restaurant in St Kilda called 'Lentil as Anything' that observes an innovative policy of 'no set prices'; customers pay only what they can afford or what they think the meal was worth. Fernando subsequently relinquished his capital in the restaurant and turned it into a not-for-profit cooperative and youth training enterprise. The concept has expanded to several restaurants around Melbourne, demonstrating that a commercial enterprise can operate in a socially responsible and altruistic way. 'Lentil as Anything' is a bold social experiment that respects difference, promotes trust and defies a consumerist society.