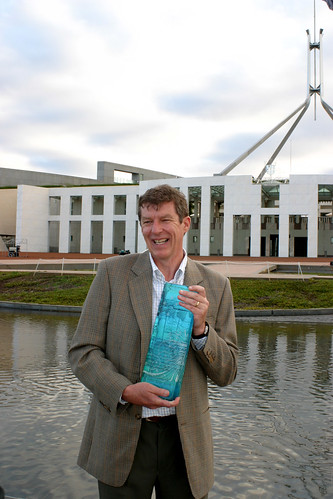 Clinical Immunologist and Inventor of the Cervical Cancer Vaccine

National Recipient Australian of the Year 2006

Ian Frazer was born in Glasgow, Scotland, and trained as a physician and clinical immunologist at Edinburgh University. He immigrated to Melbourne in 1980 to pursue further studies in viral immunology and autoimmunity. In 1985 Frazer took up a teaching post at the University of Queensland, where he established the Centre for Immunology and Cancer Research. He focussed on the link between human papilloma virus (HPV) and cervical cancer. By 1991 his team had created a world-first vaccine and began approaching drug companies for investment in development and clinical trials. Fifteen years later the first vaccine was released.

Accepting his Australian of the Year award, Frazer explained, ‘I was driven by curiosity but also the desire to do good for other people.’ Frazer has created four vaccines for the prevention and treatment of cervical cancer, which affects half a million women each year. His research has the potential to eradicate cervical cancer within a generation.