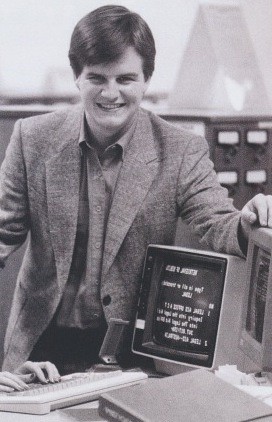 Adelaide-born Marty Gauvin showed a remarkable knowledge of computers from a young age. While at school at St Peter’s College he trained his teachers in computing and helped develop a computer science curriculum. In 1985 Gauvin co-founded a company called G.C.L. Systems, which developed several commercially successful software products. Gauvin created a multi-user platform for Microsoft’s MS-DOS operating system called Multi-T. He also developed the ‘Dataview’ system, which enabled visually impaired people to use computers efficiently. Gauvin worked as Managing Director of G.C.L. Systems while undertaking a Bachelor of Electrical and Electronic Engineering at the University of Adelaide.

National Australia Day Council Chairman John Newcombe said the Young Australian of the Year had achieved more in twenty years than many achieve in a lifetime. Gauvin has subsequently enjoyed a highly successful career as a computing entrepreneur. In 1999 he founded Hostworks, which became one of Australia’s most successful Internet generation companies.