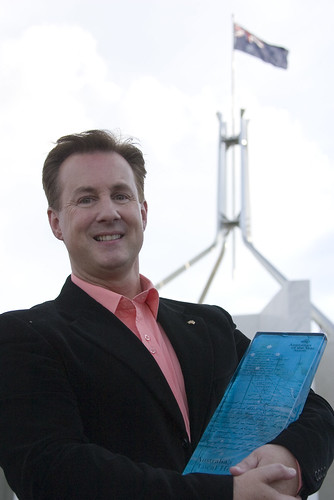 The son of a church organist, Jonathon Welch developed a passion for music from a young age. He pursued a career as a music teacher before touring Australia in The Pirates of Penzance in 1983. Welch undertook further performance training in Brisbane and joined Opera Australia on a five-year contract in 1993. He has subsequently enjoyed a successful career as a performer and teacher and is a founding member of ‘Tenor Australis.’

Welch has contributed to a wide range of community music projects. Inspired by a Canadian choir for disadvantaged people he formed the Sydney Street Choir in 2002. He subsequently moved to Melbourne and started the ‘Choir of Hard Knocks’ in 2006. A television documentary about the choir revealed the great power of choral singing in building and renewing promise in the lives of those less fortunate. It also raised community awareness of the social challenges of homelessness, depression and addiction.