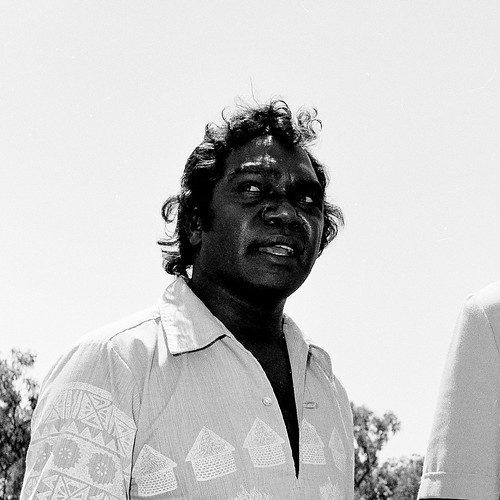 National Recipient Australian of the Year 1978

Galarrwuy Yunupingu is a Gamatj man of the Yolngu people. He was educated at the Yirrkala Mission School and helped his father draft the famous Bark Petition of 1963. Subsequently, Yunupingu was the court interpreter for the unsuccessful Gove Land Rights Case. He was elected chairman of the Northern Land Council in 1977 and played a key role in negotiations surrounding the Ranger Uranium Mine. He was not opposed to mining as long as it was conducted on the traditional owners’ terms, with fair distribution of profits and respect for land.

Yunupingu hoped his Australian of the Year award would assist him in future negotiations: ‘Governments and mining companies don’t normally deal with just any ratbags and radicals.’ He believed his award was both a personal honour and a breakthrough for Aboriginal people: ‘We are at last being recognised as the indigenous people of this country who must share in its future.’