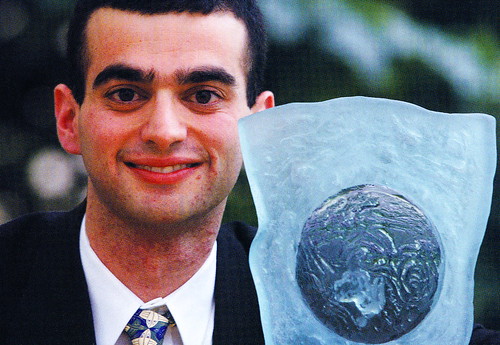 Sydney-born Bryan Gaensler completed a Bachelor of Science degree at the University of Sydney in 1995. His honours thesis received a perfect score of 100 and he won the University Medal in Physics. During his doctoral research Gaensler discovered that supernova remnants aligned with the magnetic field of the Milky Way like ‘cosmic compasses.’ His research gained international attention and earned him a prestigious NASA-funded Hubble Fellowship. In 1998 Gaensler took up his fellowship at the Center for Space Research at the Massachusetts Institute of Technology in Boston.

Two years after being named the 1999 Young Australian of the Year, Gaensler criticised the lack of funding for scientific research in Australia, adding that ‘we certainly have the levels of determination and innovation required to become world champs in science as well as sport.’ After holding positions at the Smithsonian Astrophysical Observatory and Harvard University, Gaensler returned to the University of Sydney in 2006.