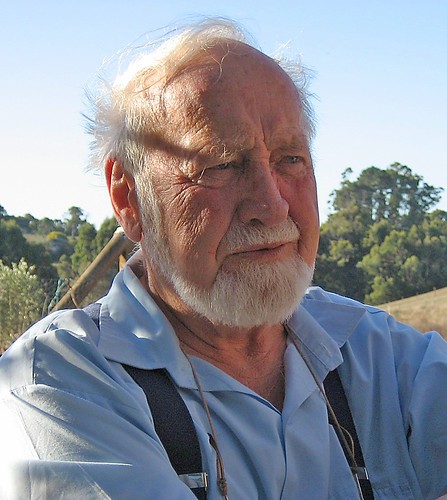 Known as the father of permaculture, Bill Mollison has influenced the lives of millions of people all over the world. It all started at the age of nine when Bill grew his own crop of radishes and developed a love of gardening. But it wasn’t until the 1950s when he took a job with CSIRO observing wildlife behaviour that he began to become seriously concerned about the lethal effect humans were having on the environment. Bill studied environmental science and in 1972 a Eureka moment led to the development of permaculture, creating stable productive systems that harmoniously work with nature, not against it.

Bill continues to spread his message across the globe, teaching permaculture in almost every country. It has become accepted as a viable alternative to chemical-based agriculture which Bill sees as one of the greatest contributors to the destruction of our environment. For his groundbreaking work Bill was named one of Australia’s Icons of the Millennium.