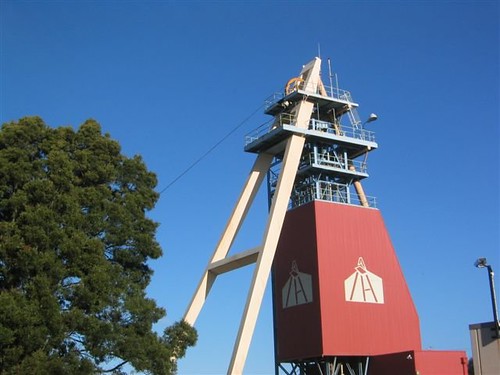 Few communities have captured the world’s attention as the mining town of Beaconsﬁ eld did last year. For two weeks, the world joined the people of Beaconsﬁ eld in their rollercoaster ride of despair, hope and, eventually, their indescribable joy as church bells rang out for the ﬁ rst time since the end of World War II marking the rescue of Brant Webb and Todd Russell, as well as their grief for fellow miner, Larry Knight. The folk of Beaconsﬁ eld have known since the discovery in 1877 of quartz studded with gold that mining is a hard way of life. Its people have always understood what binds them. With that great story of survival and rescue, the rest of the world has also come to understand the power of mateship, community spirit, and teamwork that drove the tremendous eﬀort behind the miners’ rescue. The world saluted the wonderful support given to the rescuers by this united community and for the graceful hospitality with which they embraced their visitors.