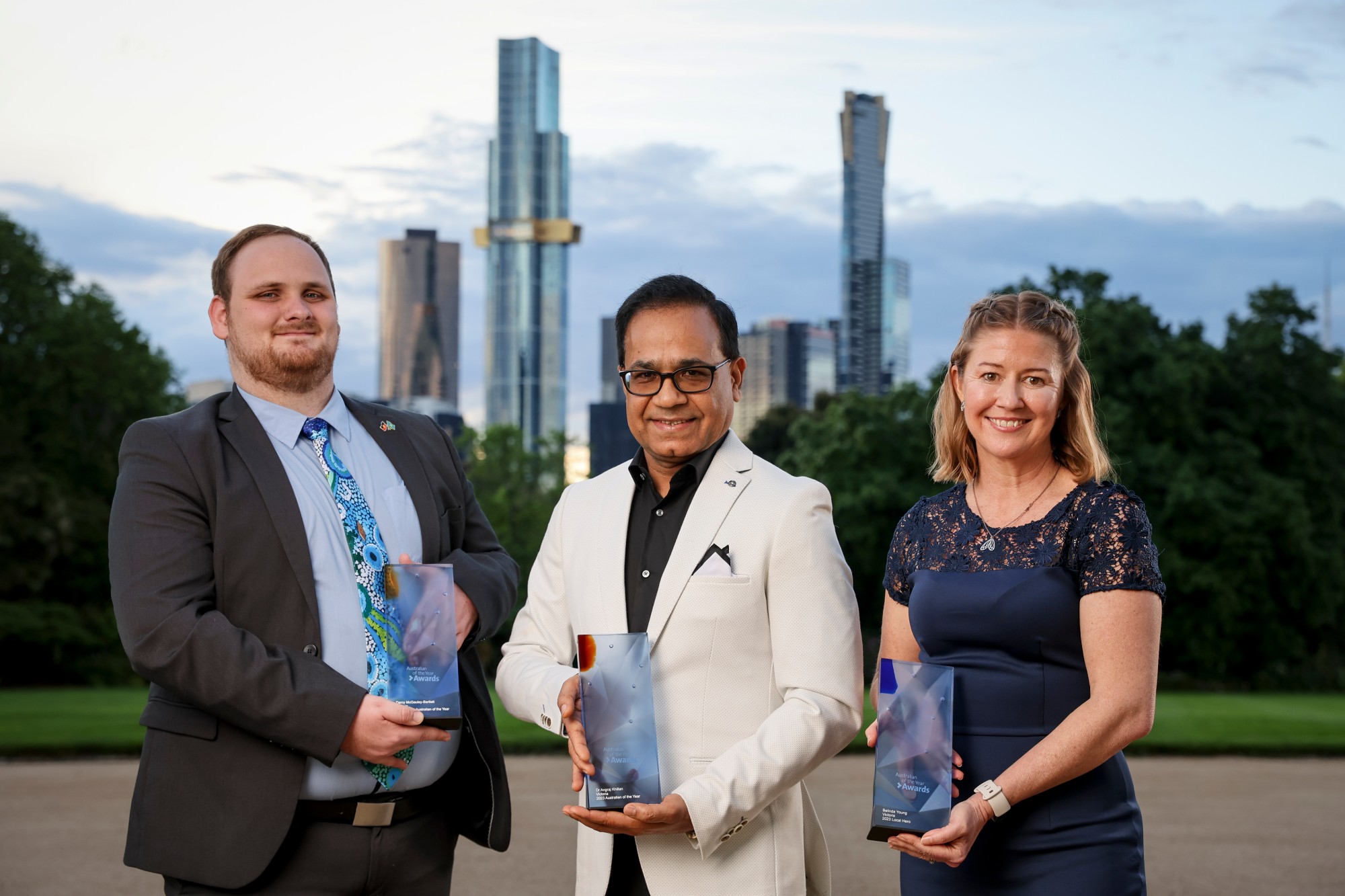 The 2023 Victoria Australian of the Year Awards have been announced in the presence of the Her Excellency the Honourable Linda Dessau AC, Governor of Victoria, at a ceremony at Government House, Melbourne.

The four Victorian recipients will join those from the other states and territories for the national awards to be announced on 25 January 2023.

The 2023 Victoria Australian of the Year is Dr Angraj Khillan, paediatrician and co-founder of the Health Awareness Society of Australia.

Dr Angraj Khillan sold offerings outside a temple as a student in India to fund his medical books. Today, the paediatrician changes lives by delivering healthcare and health education to culturally diverse communities in Australia.

Angraj co-founded the Health Awareness Society of Australia (HASA) in 2018 to dispel taboos, myths and misinformation about health. Its volunteers deliver forums and virtual sessions in English, Hindi, Punjabi, Urdu and Arabic on topics from mental health to COVID-19 vaccinations.

But HASA is just one way he’s made a difference. The beloved ‘Dr Raj’ energised and extended the fly-in fly-out paediatric service for Aboriginal children in remote communities after migrating to Australia in 2004 and becoming the Royal Darwin Hospital’s paediatrician.

The 56-year-old has worked to raise awareness of domestic violence and dowry abuse since moving to Melbourne in 2010, raising funds for philanthropy in India, East Timor, Australia and much more.

Paediatrician and founding director, Centre for Community Child Health, Professor Frank Oberklaid AM, is the 2023 Victoria Senior Australian of the Year (note: Frank was unable to attend the awards event in Melbourne)

Professor Frank Oberklaid AM is an internationally recognised authority and advocate for children’s health.

The paediatrician was director of the Centre for Community Child Health at The Royal Children's Hospital Melbourne for 25 years and is co-group leader of Child Health Policy, Equity and Translation at the Murdoch Children's Research Institute.

Frank has focused on helping children with developmental and behavioural problems through research-based programs.

He recently developed the Mental Health in Primary Schools Program, which upskills experienced teachers to become mental health and wellbeing coordinators. The aim is to reduce children’s mental health issues through prevention and early intervention in the school setting. The program is now in more than 100 Victorian schools.

Frank also helped develop the parenting website raisingchildren.net.au, which receives one million visits each week. At 76, he is an Honorary Professor of Paediatrics at the University of Melbourne, a sought-after speaker and winner of many prestigious awards.

The 2023 Victoria Young Australian of the Year is Darcy McGauley-Bartlett, an advocate for Indigenous health care in prisons.

Proud Gunaikurnai man Darcy McGauley-Bartlett had a difficult start to life, growing up in a dysfunctional environment that caused him to struggle through his schooling and his teens.

Determined to overcome his challenges, he’s emerged as a role model and advocate for better prison health care for Aboriginal and Torres Strait Islander people.

As an Aboriginal Community Liaison Officer for Victoria Police, Darcy was instrumental in changing policy to ensure fewer Indigenous people entered the justice system and didn’t stay there if they did.

As a result, 24-year-old Darcy has been able to implement and run the State’s first Aboriginal Youth Cautioning Program to ensure all young Indigenous people are eligible for a caution when coming into contact with the justice system for the first time.

Belinda Young, founder of Mums of the Hills, is the 2023 Victoria Local Hero.

Belinda Young founded the Mums of the Hills Facebook group in 2015 to help mothers connect online and face-to-face in the Yarra and Dandenong ranges. The group, over 5,000 members, is recommended by local mother and baby services to new mothers.

Belinda has provided a steady source of practical support after recent natural disasters – from organising insurance, bushfire preparedness and chainsaw workshops, to coordinating storm-related information so it’s easier to access.

She has advocated for better NBN, infrastructure and childcare services, and collaborated with key agencies, organisations and groups to help her community respond to and recover from natural disasters.

Belinda, 46, voluntarily created and shared resources and communications during the 2020 and 2021 pandemic lockdowns for local businesses, including mental health and food directories.

She has supported mothers escaping domestic violence and others facing financial struggles, boosting the sense of community and care in the region.

“We look forward to welcoming them to Canberra for the national Australian of the Year Awards to be announced on 25 January 2023.”

For more information on the Australian of the Year Awards, visit australianoftheyear.org.au.

Catch up on the 2023 Victorian Australian of the Year Awards