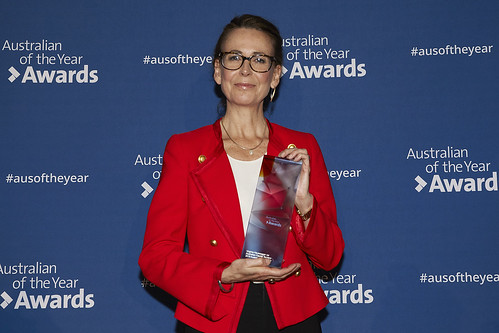 For over 25 years, Virginia Haussegger AM has built a career as a television journalist, writer and commentator. She is also a leading advocate for women, and was made a Member of the Order of Australia (AM) in 2014 for service to the community, gender equity and the media.

ACTState RecipientAustralian of the Year2019

Journalist and commentator Virginia Haussegger AM is a leading advocate for gender equality. In 2017 she founded the 50/50 by 2030 Foundation, with a singular focus on improving the representation of women in leadership and key decision making roles across Australia and the region.

Over nearly three decades Virginia built a stellar career as a television journalist and commentator. She has reported around the globe for leading current affairs programs on Channel 7, the 9 Network and the ABC, and anchored the ABC's flagship TV News in Canberra for 15 years. Her views on the status of women have been widely published and debated across the media. She is currently spearheading a program of research into national attitudes to gender equality and its impact on men and boys.

In 2014 she was made a Member of the Order of Australia (AM) for service to the community, as an advocate for women's rights and gender equity, and to the media.