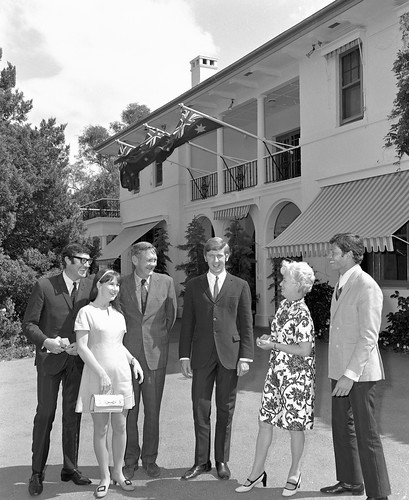 The Seekers were a folk-influenced music group that achieved major international success in the mid-1960s. Athol Guy, Bruce Woodley and Keith Potger formed the group in Melbourne in 1962 and were joined soon afterwards by lead singer Judith Durham.

After a debut album in Australia, The Seekers travelled to the United Kingdom in 1964 and performed alongside Dusty Springfield, whose brother Tom subsequently wrote several of their hit singles. ‘I’ll Never Find Another You’ topped the UK charts in 1964, while their 1966 hit ‘Georgy Girl’ went to Number 1 in the USA and was nominated for an Academy Award. The Seekers returned to Australia in 1967 and attracted a crowd of over 200,000 to the Sidney Myer Music Bowl in Melbourne. Footage from the concert featured in a major television special, which attracted over six million viewers.

The Seekers are the only group ever to have been named joint Australians of the Year.