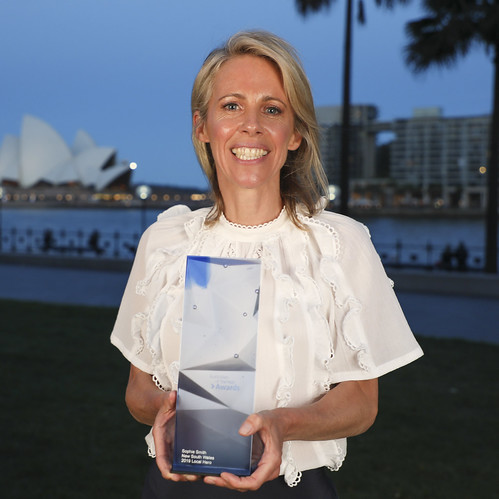 After losing their prematurely-born triplets in 2007, Sophie and her husband Ash formed a running team 'Running for Premature Babies' to fundraise for life-saving neonatal equipment. Since then, the team has become a charitable foundation, raising over $3 million to give premature babies a better chance of survival and directly benefitting over 5000 premature babies and their families so far.

After losing all three of their prematurely-born triplets within two months of birth, Sophie and hus-band Ash decided to give back to the Neonatal Intensive Care Unit at Sydney's Royal Hospital for Women who had cared for their boys.

They began training for the 2007 SMH Half-Marathon with the goal of raising $20,000 providing the hospital with one new humidicrib. With their team 'Running for Premature Babies', 98 runners, raised $80,000.

3000 people have now run on their team, the largest in the SMH Half-Marathon, celebrating prematurely born children, living and lost, and raising over $3 million for life-saving neonatal equipment and research, directly benefitting over 5000 premature babies and their families.

Tragically, Ash lost his battle with brain cancer in 2016, leaving Sophie to raise their two young sons. Despite this heartbreak, she has grown the Foundation to support more Neonatal Intensive Care Units to give premature babies a better chance of survival and written "Sophie's Boys" do-nating the profits back to the foundation.