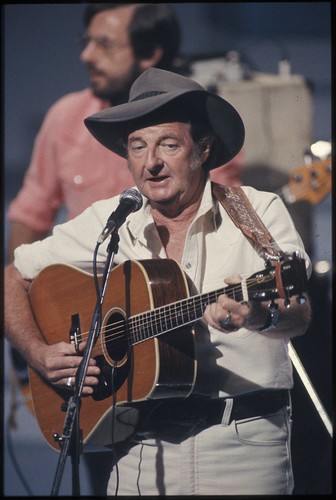 Raised on a dairy farm near Kempsey, New South Wales, David Gordon Kirkpatrick adopted the stage name ‘Slim Dusty’ as a ten-year-old. With youthful determination he set his sights on becoming a country music singer and signed his first recording contract in 1946. In 1954 he launched the Slim Dusty Travelling Show and became a full time entertainer, but his major breakthrough came three years later with his international hit song ‘Pub with No Beer.’ In a recording career spanning nearly six decades, Slim Dusty collected more Gold and Platinum records than any other Australian artist. He continued performing well into his seventies and released his 100th album a year after he was named Senior Australian of the Year.

As a winner of over thirty ‘Golden Guitars,’ Slim Dusty was the ultimate ambassador for country music in Australia. He was among the first group of Australian musicians inducted into the ARIA Hall Of Fame in 1988.