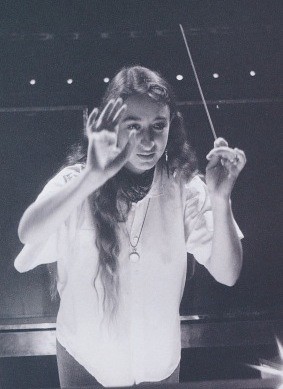 Born and educated in Sydney, Simone Young studied composition and piano at the New South Wales Conservatorium of Music. She worked as a rehearsal conductor and repetiteur for the Australian Opera Company and conducted her first opera in 1985. The following year Young was the first woman and youngest person to be appointed a resident conductor with the Australian Opera Company. She also received an Australia Council grant to pursue professional studies overseas.

Accepting her Young Australian of the Year award, Young said her role was to be an ambassador for the arts in Australia. Young has subsequently enjoyed an acclaimed career conducting operas and symphony orchestras in Australia, Europe and America. She was chief conductor of Opera Australia from 2001 to 2003 and was subsequently appointed head of the Hamburg State Opera and chief conductor of the Philharmoniker Hamburg. In 2005 she was the first woman to conduct the prestigious Vienna Philharmonic.