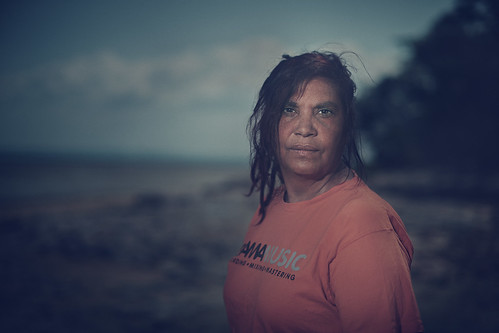 One of Australia’s finest Indigenous singer-songwriters, Shellie Morris has performed everywhere from the world’s concert stages to campfires in Australia’s remotest communities.  A feature singer with the Black Arm Band, Shellie was adopted by a non-Indigenous family and grew up in Sydney.  Fifteen years ago, Shellie made the trek back to the Northern Territory to reconnect with her roots and the Yanyuwa people of the Gulf of Carpentaria.  Since then, Shellie has worked in more than 80 remote and urban Indigenous communities, delivering music workshops and as an ambassador for the Fred Hollows Foundation.  Her music crosses boundaries and musical borders with ease – she has performed with singers from Brazilian legend Gilberto Gil to John Cale, Sinead O’Connor and Geoffrey Gurrumul Yunupingu.  Shellie uses music as a healing and sharing experience, and her most recent album, Together We Are Strong, is the first by an Indigenous contemporary female to be sung entirely in the Indigenous languages of the Gulf Country.