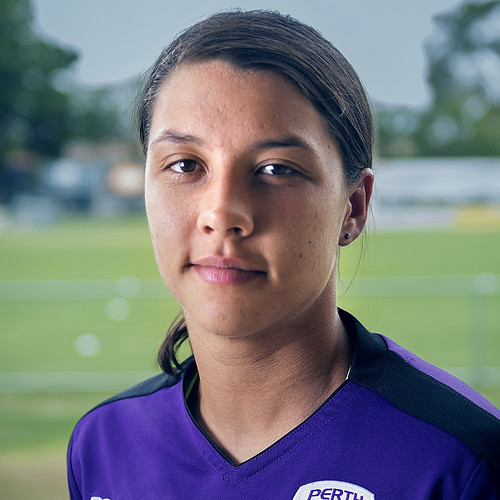 When her dream of playing for the West Coast Eagles was shot down because she was the wrong gender, Samantha Kerr switched to another football code – soccer. By the time she was 15, Sam was representing Australia in the Matildas. Now, aged 24, Sam has held contracts with Sydney FC, Perth Glory and is in her fifth season in America's National Women's Soccer League, recently becoming its all-time leading goal scorer. In 2017, she was named a finalist for FIFA Female Player of the Year. Arguably the best women's soccer player in the world, Sam is an engaging ambassador for all women's sport. Her love for the game and her country is infectious. While she celebrates her prolific goal-scoring ability with a trademark backflip, Sam is a well-grounded athlete who inspires young and old with her athletic prowess and sportsmanship. Sam’s star power packs out arenas around the world, and encourages young women everywhere to chase their dreams.