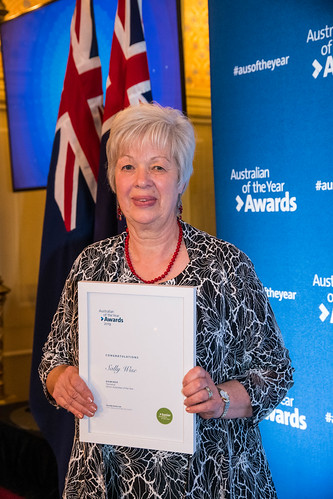 Sally Wise is a kitchen guru, author and media presenter who is dedicated to equipping people to prepare nourishing food with accessible ingredients. Her cookbooks have sold tens of thousands of copies, and she volunteers with prisoners, community groups and new businesses to teach them to cook for better nutrition.

Sally Wise is a kitchen guru, author and media presenter who is dedicated to equipping everyday people to prepare nourishing food with accessible ingredients.

Sally learned cooking from her Grandma and then taught others how to cook on a volunteer basis. Sally's skills became widely recognised and in 2006 she received a request from ABC radio in Hobart, seeking a presenter to lead a discussion on jams and preserves. This led to Sally's book A Year in a Bottle which sold tens of thousands of copies; the first of 15 popular cookbooks.

In addition, Sally helps new businesses in the food sector to optimise their recipes and techniques on a pro bono basis. She has built a business from her farm at Molesworth where she demonstrates the integration of food production and cooking.