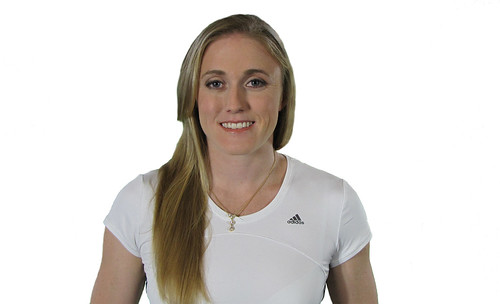 Olympic champion Sally Pearson was a promising young athlete of 14 when she saw Cathy Freeman storm home to win gold at the Sydney Olympics. At that moment her dream of gold was born and in 2012 it came true when she held off the opposition to win gold in the women's 100 metres hurdles at the London Olympics. She had previously won the 2010 Commonwealth Games gold medal in the 100 metres hurdles and again at the World Championships and the World Indoor Championships in 2011. Coming into the London Olympics she had won 32 of her past 34 races and carried the added weight of Australia’s expectations. In a race that was anticipated almost as much as Freeman’s race 12 years earlier, those expectations were fulfilled before a crowd of 80,000 when she edged out America's defending Olympic champion Dawn Harper.  Two hundredths of a second separated them with Sally clocking 12.35 seconds to break the Olympic record. In 2011 Sally was named Female Athlete of the Year by the International Association of Athletics Federations – the first Australian to receive the award.