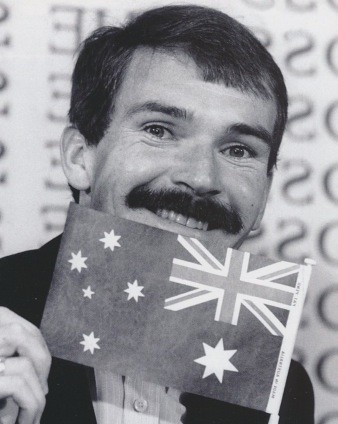 ACTNational RecipientAustralian of the Year1983

Robert de Castella was the leading international marathon runner of the 1980s. He excelled as a schoolboy athlete at Melbourne’s Xavier College before winning the 1978 Australian cross-country title. ‘Deek’ ran his first marathon to win the 1979 Victorian Championship and claimed the Australian title later that year. In 1981 he won the high-profile Fukuoka Marathon, setting a new world record in the process. He won gold at the Brisbane Commonwealth Games in 1982 and at the World Athletic Championships in Helsinki in 1983.

When named Australian of the Year, de Castella said he was ‘very proud and very privileged to do something he enjoyed that excited so many people.’ De Castella subsequently placed in the top five at both the 1984 and 1988 Olympic Games. He won a second Commonwealth Games gold in 1986 as well as the prestigious Boston Marathon. He served as director of the Australian Institute of Sport from 1990 to 1995.