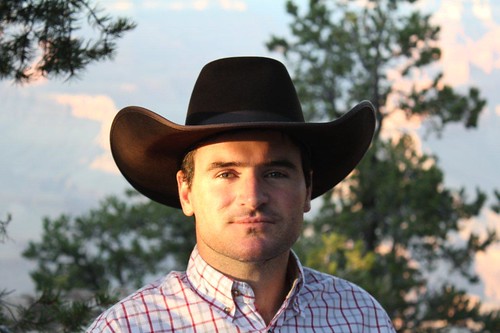 When pastoralist Rob Cook became a tetraplegic in a helicopter crash three years ago in the Tanami Desert, the tragedy was headline news. But it is his courage to recover and rebuild his life that is the real story.  Just 27, a husband and father of two young sons, Rob spent nine weeks on life support and seven months in rehabilitation suffering intense pain, pneumonia and a minor stroke.  Yet he never gave up. With the unwavering support of his wife Sarah, his family, friends and neighbours, Rob planned his future still living on his family’s property, Suplejack Downs. He became the 255th scholar to win a Nuffield Scholarship and travelled to New Zealand, Brazil, Mexico, the United States, Canada and Scotland to research international best practice on food production. To help fund this project and to encourage other farmers with disabilities to remain productive, Rob embarked on another incredible journey. In June this year, he became the first person to travel the remote Tanami Track in a wheelchair, accompanied by his friend Luke Bevan.  Battered by extreme temperatures and menaced by a wild bull, he travelled the 730 kilometres from Suplejack Downs to Alice Springs in 24 days.