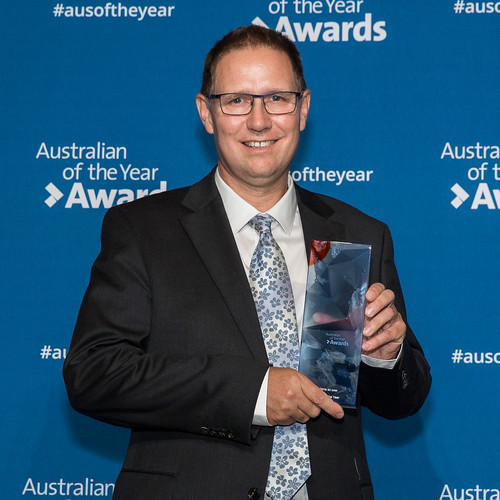 In July 2018, anaesthetist and cave-diver Dr Richard Harris joined an international team to rescue 12 boys and their soccer coach from a flooded cave in Thailand. He risked his life swimming through the narrow cave system to assist with the rescue, giving the all-clear for them to be evacuated.

In July 2018, Adelaide anaesthetist Dr Richard Harris made worldwide headlines when he joined an international team to rescue a group of 12 boys and their soccer coach from a flooded cave in Chiang Rai, Thailand.

A diver with 30 years’ experience and a specialist in aeromedical retrieval, Richard was leaving for a cave-diving holiday when he received the call for help. Under great pressure and putting his own life at risk, he swam through the narrow cave system to assess the health of those trapped, giving the medical all-clear for each evacuee, and administering an anaesthetic to each of them within the cave to facilitate their rescue.

Richard was key to the rescue’s success, showing character, determination and courage, and staying until the last person was safe.

He has previously participated in complex diving recoveries, appeared in National Geographic documentaries and, in 2015, was recognised for his outstanding contribution to cave exploration. In 2017 he was awarded The Australasian Technical Diver of the Year.