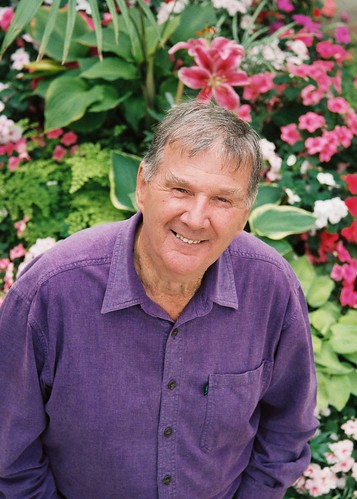 Peter Cundall has been gardening since he was a small child and has a love of the environment. Born in Manchester, he taught himself paving techniques mainly using second-hand materials wheeled from derelict buildings in an old pram. He also learned pruning techniques, propagation and heated greenhouse management, and helped feed his family with the development of a highly productive vegetable garden. After leaving the Australian Army in 1956, he began his own business designing and constructing gardens in Tasmania. In 1967, he began one of the world’s first gardening talkback programs on a Launceston radio station and two years later he began a career in television with a program which after several name and format changes became Gardening Australia, one of the longest running, most iconic shows in Australia.

Peter has also played a major role in creating the Organic Gardening and Farming Society and has written extensively on gardening, including producing the first gardening book printed on washable plastic paper for outdoor use, Year Round Gardening. He remains actively involved with environmental, peace and child protection movements. Peter is a well-known and much-loved figure in Australian gardening who is respected for his sincere and open-hearted manner.