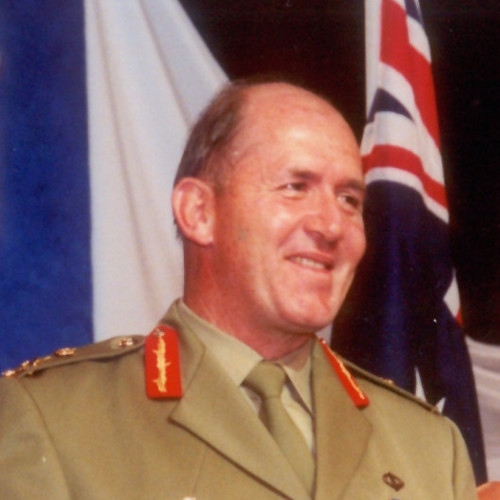 Born into an army family in Sydney, Peter Cosgrove graduated from the Royal Military College, Duntroon in 1968. As a 22-year-old lieutenant in Vietnam, Cosgrove commanded an infantry platoon in a sustained assault on enemy forces and was awarded the Military Cross. He progressed steadily through the ranks and was appointed Commandant of Duntroon in 1997. Two years later Major General Cosgrove rose to international prominence as commander of the United Nations backed East Timor peacekeeping mission (InterFET), which restored order to the young war-torn nation. Cosgrove returned to Australia in 2000 and was promoted to Lieutenant General and Chief of the Army.

He accepted his Australian of the Year award on behalf of all those Australians who served in East Timor: ‘I did a lot of the talking, they did all the working.’ General Cosgrove subsequently served as Chief of the Australian Defence Force and head of the Cyclone Larry Taskforce.