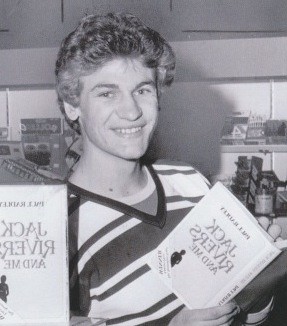 Paul Radley was born and raised in Newcastle and burst onto the Australian literary scene as an eighteen-year-old. He was the inaugural winner of The Australian/Vogel Literary Award for Jack Rivers and Me, a novel based on the people of the lower Hunter Valley. Radley received a $10,000 prize and Allen and Unwin published his book to wide critical acclaim. He subsequently received a writer’s fellowship from the Literature Board of the Australia Council and published two more novels in the 1980s.

In 1996 Paul Radley shocked the Australian literary world when he confessed on national television that his uncle Jack had written all three of his novels. Radley had assisted his uncle by recording the barroom stories that were the raw material for Jack Rivers and Me. His uncle then convinced him to pose as the author to meet the age restrictions for the The Australian/Vogel Literary Award.