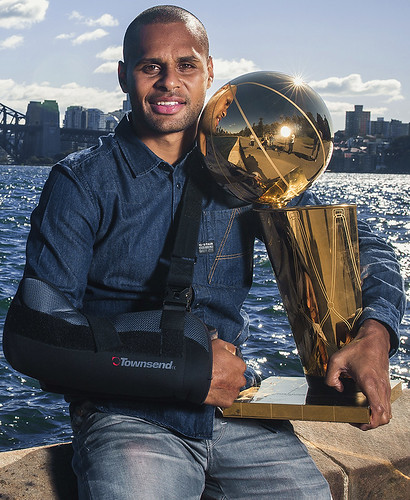 ACTState RecipientYoung Australian of the Year2015

The first Indigenous Australian to win the most sought-after award in global basketball, Patrick Mills is at the top of his game.  After winning an NBA Championship with the San Antonio Spurs in 2014, statistics in the Wall Street Journal reveal Patrick as the hardest working and fastest player in the NBA, clocking up more distance per minute than any other player in the league of superstars and millionaires.  In 2012, Patrick led the scoring at the London Olympics, averaging 21.2 points per game with Australia’s national basketball team, the Boomers.  A long way from the Canberra basketball stadium where Patrick cut his teeth, it’s even further from the homemade basketball ring grandfather Sammy made on Thursday Island when Patrick was just two years old.  While his basketball career has been spectacular, Patrick is most proud of the awareness he has created about his Indigenous heritage and is currently working on a documentary that showcases the culture and traditions of his people.