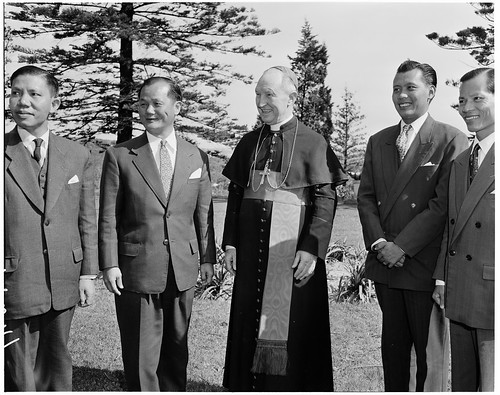 Norman Thomas Gilroy was born in Sydney to working class parents of Irish descent. He left school at thirteen and worked for the Postmaster General before serving as a junior wireless operator during the Gallipoli campaign. Returning to Australia he nominated for the priesthood: his studies took him to Rome, where he gained a Doctorate in Divinity and was ordained in 1923.

Gilroy rose steadily in the Catholic Church and was appointed Archbishop of Sydney in 1940 and Australia’s first Cardinal in 1945. He presided over rapid growth in the Catholic school system and in 1969 became the first Catholic Cardinal to be knighted since the Reformation. Shortly before he was named Australian of the Year, Gilroy arranged the first papal visit to Australia, welcoming his friend Pope Paul VI.

When accepting his award on Australia Day 1971, Cardinal Gilroy quoted St. Augustine: ‘Let our lives be good, and the times will be good.’