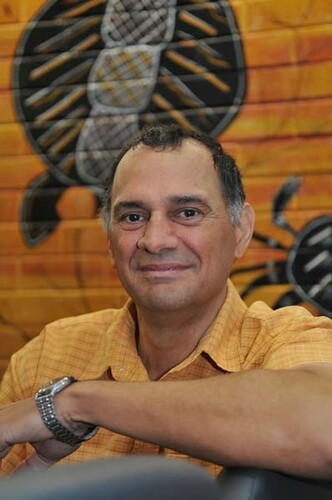 Associate Professor Noel Hayman was Queensland’s first Indigenous doctor. He is now on a mission to improve the life expectancy of Indigenous Australians. Although death rates have improved since the 1970s, there is still a shocking disparity between the life expectancy of Indigenous and non-Indigenous Australians. Current figures suggest that Indigenous men and women can expect to live on average 17 years less than other Australians, and Indigenous children are two to three times more likely to die before their first birthday than other Australian children. Health services for Indigenous people are poor, and the problem is far worse in rural and remote areas where primary care is most lacking. To address this problem he established a major Indigenous health medical centre at Inala and is now its Director. Over the last decade he has helped increase the number of patients from 12 to 2500, with Indigenous patients travelling from all over Brisbane to the centre. His work is improving the control of diabetes and immunisation rates. He is also actively recruiting and training muchneeded Indigenous doctors. Noel has selflessly dedicated his life to improving Indigenous health care and raising public awareness about the issues.