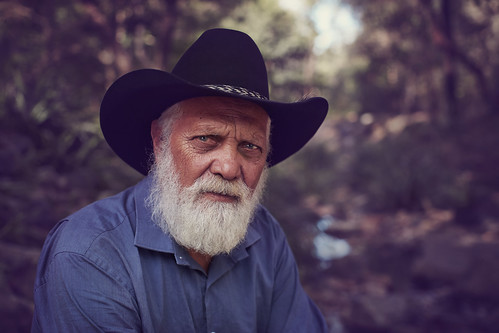 At the forefront of land rights for his people, Michael Ross commands respect wherever he goes – from the corridors of Parliament House in Canberra to the cattle yards of Cape York. An Olkola man, Michael was appointed by his elders to lead his people in the emerging era of land rights. Since then, Michael has dedicated his life to securing land rights, protection of culture and country for his people and the people of Cape York, first as Director and Chairperson of the Cape York Land Council and now as Chairperson of the Olkola Aboriginal Corporation. After years of negotiations with the Queensland Government, Michael successfully secured one of the largest transfers of Aboriginal freehold land in Australia’s history. More than 700,000 hectares of land was handed back to the Olkola People in 2014. Michael is now leading his people in the next step towards self-determination, progressing sustainable economic development, land management and eco-tourism and supporting his people to come back home to country.