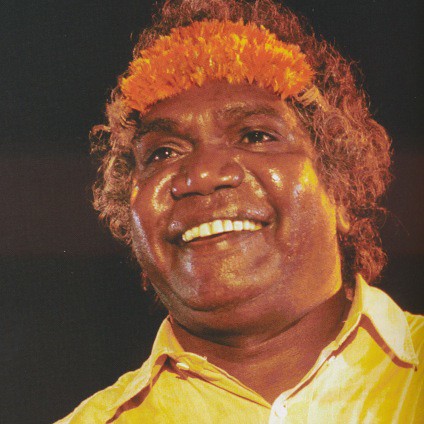 Mandawuy Yunupingu was born in Arnhem Land and began teaching at the Yirrkala School in his early twenties. He gained a Bachelor of Education in 1987 and subsequently became the first Indigenous Australian to be appointed a school principal. Yunupingu developed a progressive curriculum that incorporated both Western and Aboriginal knowledge traditions. In 1986 he founded the acclaimed Australian band Yothu Yindi, which blended Aboriginal music with Western rock music. The band wrote the hit song ‘Treaty’ to highlight the Hawke Government’s broken promise of a treaty with Aboriginal people. In 1992 Yothu Yindi performed the song in New York to help launch the United Nations’ International Year of the World’s Indigenous People.

Yunupingu was named Australian of the Year for his role in ‘building bridges of understanding between Aboriginal and non-Aboriginal people.’ He was the second member of his family to receive the honour after his brother Galarrwuy in 1978.