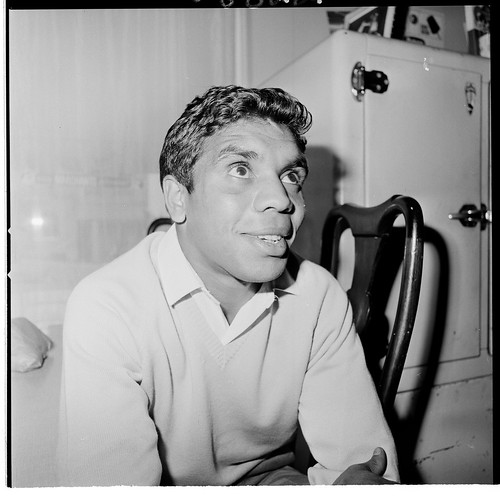 The eldest of nine children, Lionel Rose grew up in an Aboriginal settlement near the Victorian town of Warragul. His father was an amateur boxer and introduced Lionel to the sport when he was fourteen years old. Rose won his first major fight at Melbourne’s Festival Hall in 1963 the day after his father died; by the end of the year he had claimed Australia’s national amateur flyweight title.

To help support his family Rose turned professional in 1964 under legendary Australian trainer Jack Rennie. After a string of successful bouts he won the Australian bantamweight title in October 1966. He made history in Tokyo on 26 February 1968 when he defeated Japan’s Masahiko Harada for the World Bantamweight Title.

Rose was the first Indigenous Australian to be named Australian of the Year. When accepting the award, he noted: ‘One hundred and eighty-two years ago one of my mob would have been a dead cert for this.’