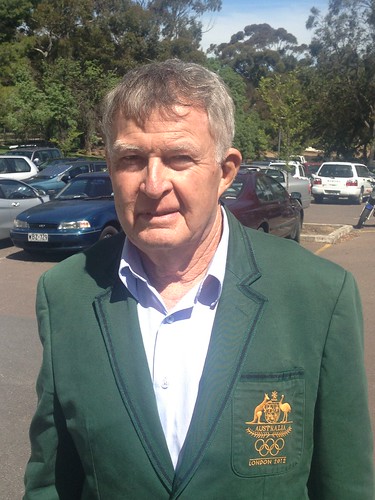 Swimming coach Laurie Lawrence is known nationally for his spirited personality, his zest for life and for coaching champions but arguably his greatest achievement is reducing the risk of small children drowning. His passion for baby swimming began with the birth of his first daughter Jane in 1975. In 1988, troubled by the fact that drowning is the most common cause of death in children under five, Laurie created the Kids Alive - Do the Five water safety program to reduce the risk of preschool drowning. Starting with the smallest babies, Laurie’s widely acclaimed program teaches children the skills to save themselves from drowning. Aiming to reduce child drowning rates to zero, Laurie demonstrates the same conviction that saw him coach the Australian Olympic swimming team at Los Angeles in 1984, Seoul in 1988 and Barcelona in 1992. His best known protégés include Steve Holland, Tracey Wickham, Jon Sieben and Duncan Armstrong. His Olympic coaching achievements include 10 gold, 11 silver and 12 bronze medals from swimmers he has directly assisted. Swimmers he has coached boast 23 world records.