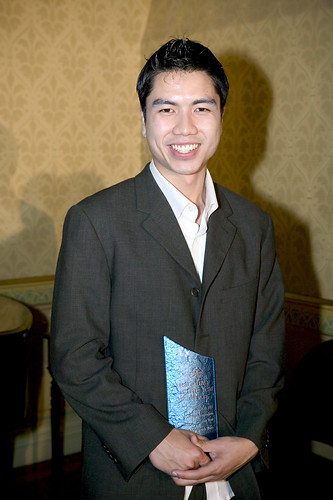 Born in Saigon, Khoa Do left Vietnam as a two-year-old, arriving in Australia with his refugee parents. He grew up in Bankstown and won a scholarship to attend St. Aloysius College on Sydney’s north shore. While studying Arts-Law at the University of Sydney, Do developed a passion for the dramatic arts. He also undertook voluntary work as an English teacher and youth worker and was named Young Vietnamese-Australian of the Year in 2000. A filmmaker with a social conscience, Do’s screenplay for the short film Delivery Day was nominated for an AFI Award in 2001.

Three years later he co-wrote and directed the critically acclaimed film The Finished People, which grew out of his voluntary work with disadvantaged youths in Cabramatta. Accepting his Young Australian of the Year award, Do said, ‘I hope it might just inspire young people from other backgrounds to find their own way in life and maybe make a difference.’