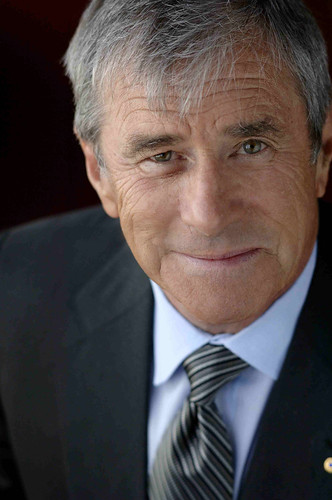 One of Australia’s leading business identities, Kerry Stokes is the Chairman of Seven West Media, which includes the Seven TV network and The West Australian newspaper.  He is Chairman of Seven Group Holdings which includes WesTrac, one of the world’s biggest Caterpillar dealerships across Western Australia, NSW and North-East China.  He also has interests in a diverse range of Australian and international enterprises including mining, property and construction. Born in Melbourne, he moved to Perth and in the 1960s and 1970s became involved in WA property development. He made his first foray into the media with the regional television network Golden West based in Bunbury.  Over time he acquired more television stations before taking a significant stake in the Seven Network in 1995. Kerry has been pre-eminent in preserving ownership of Australia’s military heritage including the purchase of several Victoria Cross medals which he donated to the Australian War Memorial. Kerry’s many board memberships include the International Council for Museum & Television and the Council for the Australian War Memorial. He has received multiple awards for his philanthropy including the 2011 Charles Court Inspiring Leadership Award.