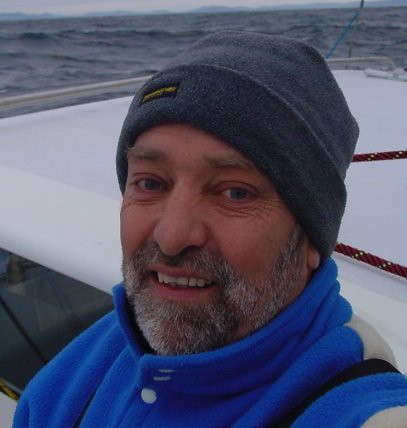 Ken Gourlay dreamt of being the first Tasmanian and the fastest Australian to sail alone, non-stop and unassisted, around the world. With more than 70,000 nautical miles of sailing already behind him, including several Sydney to Hobart races and line honours in a Melbourne to Launceston race, Ken set out in his 42 ft yacht Spirit Silver Edition in November 2006 on his solo quest of circumnavigation. He returned to Launceston in the record time of less than 180 days, just pipping the previous best time set in 2001, and officially became only the sixth Australian to do the journey under the stringent rules that apply to these feats of courage and perseverance. This makes him the fastest, and oldest, Australian to circumnavigate the globe.  Along the way, he  raised more than $100,000 for medical research into eyesight disorders and diseases in children. Ken truly does live his dreams to the full.