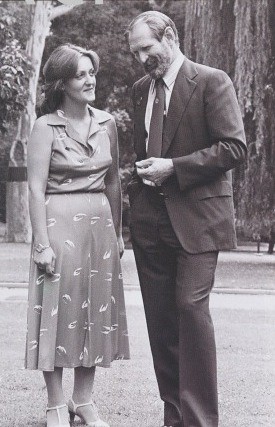 Julie Sochacki was named the inaugural Young Australian of the Year in recognition of her work with unemployed young people. In 1976 the former student nurse found herself unemployed; to maintain her skills she enrolled in a course offered by the Service to Youth Council of South Australia (SYC). Julie and her peers became concerned about the many problems facing unemployed young people. With the support of the SYC she co-founded the ‘We Want Work Bureau,’ a scheme aimed at finding voluntary community service work for the unemployed. The following year the bureau began receiving Federal Government funding and was renamed ‘Action’; Sochacki was its first full time project officer and found work for 165 young people within a year. Julie Sochacki’s peers described her as a warm, open and genuine person.

Accepting her Young Australian of the Year award she explained she started the bureau ‘to give us hope and improve our skills.’