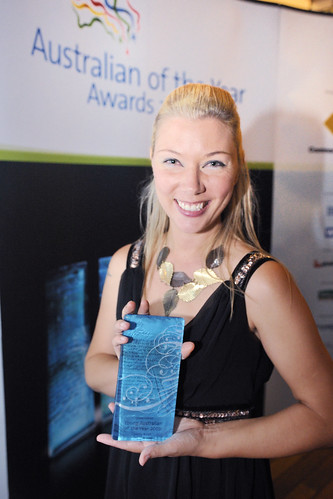 Queenslander Jonty Bush showed inspirational courage and strength after senseless violence brought tragedy to her family. When Jonty was twenty-one her younger sister was murdered and a few months later her father died after being punched in an unprovoked attack. Jonty chose to deal with her grief proactively and joined the Queensland Homicide Victim’s Support Group as a volunteer. Her compassion for other victims and commitment to justice eventually led to her appointment as Chief Executive Officer of the organisation. After her father’s attacker was acquitted of manslaughter, Jonty pioneered the successful ‘One Punch Can Kill’ educational campaign, which was adopted by the Queensland Government in 2007. She also lobbied successfully for a review of murder and manslaughter laws in Queensland.

Accepting her Young Australian of the Year award, Jonty Bush said, ‘victim was a title that was bestowed on me but has never become a way of life.’