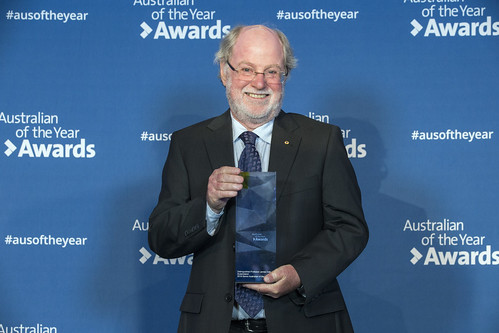 His ground-breaking work includes seeking a solution to Vitamin A deficiency, which leads to death of an estimated 670,000 children in developing countries, and blindness in another 400,000. James led a project to genetically modify bananas – the staple diet in many poor countries – to boost their pro-vitamin A levels. The release of these lifesaving bananas is planned for East Africa in four years.

James also placed disease-resistant genes into local Cavendish bananas, to protect them from a virus and fungi that destroy crops and cause significant economic damage in Queensland. He has also led developments including medical technology that enables rapid testing for genetic diseases, and molecular farming technology that aims to produce edible, plant-based vaccines.