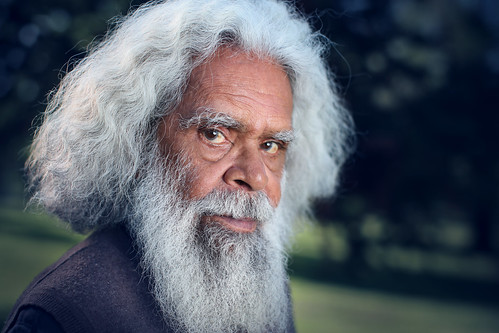 One of the nation’s most respected and enduring actors, Jack Charles is a member of Australia’s stolen generation. Removed from his mother as a baby and raised in a Salvation Army boys’ home, Jack knew nothing of his Indigenous heritage as a child. At 19 he began a career as an actor, but his life was plagued by personal demons. His addiction to heroin and a life of crime saw him jailed. Despite his struggles, he co-founded Australia’s first Indigenous theatre group, Nindethana, meaning ‘place of corroboree’, at Melbourne’s Pram Factory in 1971. His first play, Jack Charles is Up and Fighting, was a runaway hit. Jack has appeared in several movies, including the landmark film, The Chant of Jimmie Blacksmith, and more recently Pan alongside Hugh Jackman. He has also toured his own one-man stage show locally and internationally. Now calm and centred, Jack is a strong role model for a new generation of Aboriginal and non-Aboriginal people.