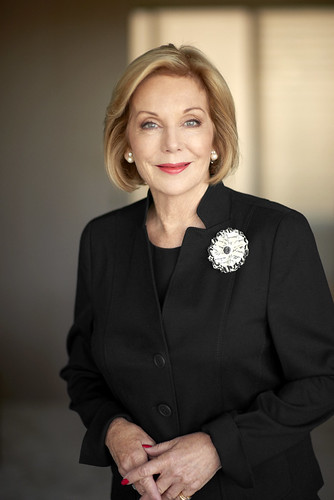 Acknowledged for her brilliant and groundbreaking media career, Ita Buttrose now dedicates her considerable energy and skills to championing medical education and health care. Starting her career as a copy girl at the Australian Women’s Weekly, she quickly became a cadet journalist at the Daily Telegraph and the Sunday Telegraph. At 23 she was appointed women’s editor at The Telegraph and in 1971 was promoted to founding editor of Sir Frank Packer’s new women’s magazine Cleo. It was an instant hit, becoming the top selling monthly women’s magazine and propelling Ita to national celebrity status. Three years later Ita was appointed editor of Women’s Weekly and in 1989 became the first woman editor of an Australian metropolitan newspaper – the Murdoch owned Daily Telegraph and later the Sunday Telegraph – and was the first woman appointed to the News Ltd Board. In parallel to her stellar media career, Ita continues to champion social and health issues.  Since 2011 she has been National President of Alzheimer’s Australia and is also Vice President Emeritus of Arthritis Australia. She uses her national profile to raise awareness of breast cancer, HIV/AIDS and prostate cancer.