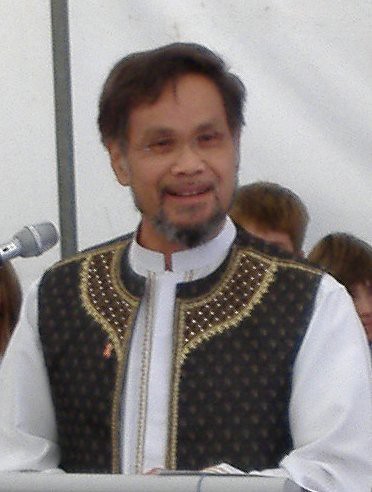 Imam Sabri Samson came from Malaysia as an eighteen year old to study at the University of Tasmania and stayed on. After graduating with a Bachelor of Science and a Diploma of Teaching he taught science and electronics in Hobart for almost twenty years before retiring from the education system five years ago. But he hasn’t given up being a teacher and mentor in the community as Imam of Hobart Mosque and Executive Member of the Islamic Council of Tasmania, roles he has been performing since 1984. As spokesman for Tasmania’s Muslim community he carries positive stories to the media and promotes synergy between the different faiths. Imam Samson lectures and presents information sessions at the Mosque and more widely in the community – for example, in schools, Scouts, inter-faith forums, service clubs, and the police academy – and is involved in Harmony Day,  achieving social cohesion in a multi-faith society.