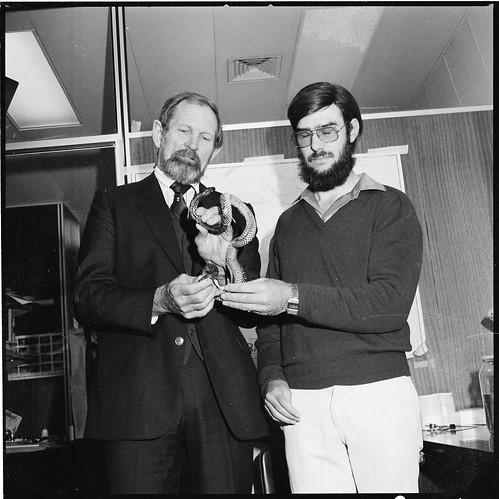 Perth-born Harry Butler trained as a teacher before commencing a career as an environmental consultant in the 1960s. He worked for corporate clients and government bodies and undertook a major study of Western Australian animals. From 1976 to 1981 he presented the popular ABC television series In the Wild.

When accepting his Australian of the Year award, he remarked: ‘I suppose my voice, the grotty clothes, and the beat up fingernails characterise the sort of man Australians imagine as the typical Australian.’ Butler was convinced that conservation and development were not incompatible: ‘I’ve achieved more by working with mining companies and other developers than I ever would have lying down in front of bulldozers.’ In the 1980s he was criticised by many for his work as a consultant on the Franklin River Dam project and his support for mining in Kakadu National Park. Butler once observed, ‘I am a little different to most conservationists.’