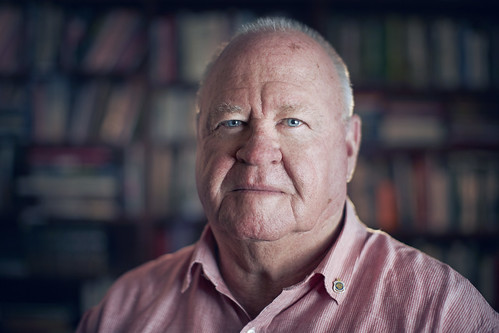 While serving in Vietnam in 1970, Graham Edwards was hit by an exploding mine. Both his legs had to be amputated, but he never let his disability get the better of him. Returning to civilian life, he battled the aftershocks of war and fought discrimination before moving into public affairs and politics. Spending 14 years of service in the WA Legislative Council, including as a senior minister and nine years in the federal parliament, Graham actively contributed to defence, disability services and veterans’ policy. While juggling his parliamentary responsibilities, Graham devoted many hours to his twin passions: the Paralympic movement and veterans’ rights. Today, as State President of the Returned & Services League of Australia, Graham oversees a membership base of 10,000 people, sits by bedsides, lobbies government for funding and organises large events to commemorate the sacrifice made by many, particularly for the 2015 Centenary of Gallipoli. A board member of the Australian War Memorial, Graham is ensuring that the nation’s war heroes gain the recognition they deserve.