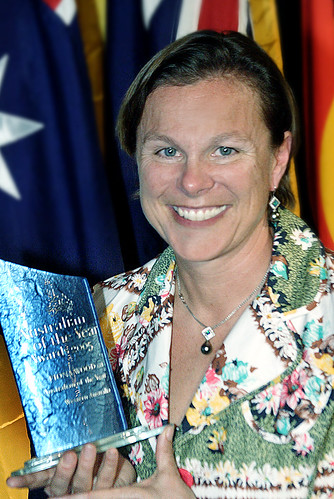 Fiona Wood was born in Yorkshire and studied medicine in London before immigrating to Perth with her Australian husband in 1987. She completed training in plastic surgery and subsequently became Head of the Royal Perth Hospital Burns Unit.

Wood was thrust into the media spotlight in 2002 when 28 victims of the Bali Bombings were flown to Perth to receive burns treatment. She had earlier pioneered the innovative ‘spray-on skin’ technique, which greatly reduced permanent scarring in burns victims. Wood patented her method in 1993 and later co-founded a private company to promote it worldwide. Royalties are used to fund further research into burns treatment through the McComb Foundation, which pursues Wood’s goal of scarless woundless healing. Dr Wood is also a Clinical Professor with the School of Paediatrics and Child Health at the University of Western Australia, Director of the Western Australia Burns Service and a mother of six.