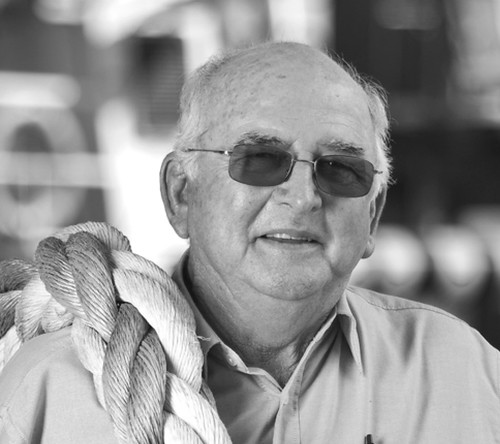 During the 2011 Queensland floods, tugboat owner, Doug Hislop showed extreme bravery in using his tugboat to stop a partially submerged 300-metre walkway weighing more than 1,000 tonnes from crashing into Brisbane’s Gateway Bridge. Doug was at home listening to the radio in the early hours of the morning when he heard that the walkway had collapsed and was threatening nearby infrastructure. Doug and a friend fired up Doug’s 50-foot tugboat Mavis and travelled half a kilometre up the flooded watercourse to intercept the walkway. The conditions on the Brisbane River at 4 am that morning were treacherous, with the surging river moving at about 10-12 knots, well above its standard speed. The drifting walkway was described by locals as a ‘300-metre floating missile’ and police had closed the bridge, fearing the impact of the walkway would damage the bridge or even cause it to collapse. Through skillfull navigation, Doug managed to steer the walkway away from the Gateway Bridge and a nearby boat marina prevent serious additional damage. By putting himself at risk to help others, Doug became a symbol of community spirit and mateship.