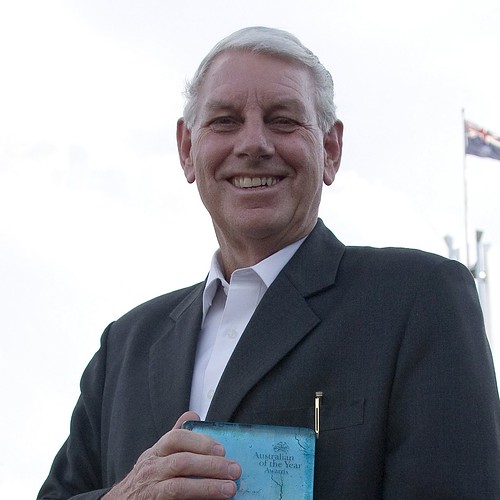 Raised in an orphanage in New Zealand, David Bussau is a natural entrepreneur and was able to ‘retire’ at 35. After selling his businesses, he formed the charitable Maranatha Trust and focussed his talents and energy on the challenge of international poverty. In 1976 he travelled to Bali, Indonesia, to help with an earthquake recovery program and noticed that traditional development solutions did little to break the cycle of poverty. In 1979 he joined forces with an American colleague and co-founded Opportunity International, which became a leading proponent of microcredit – the provision of small loans to the entrepreneurial poor in developing countries.

Bussau’s dream was to help the poor to help themselves and he has described Opportunity International as ‘a charity that doesn’t give any thing away.’ Bussau’s vision has resulted in a global network of microcredit institutions serving over one million clients with loans totalling US$700 million.