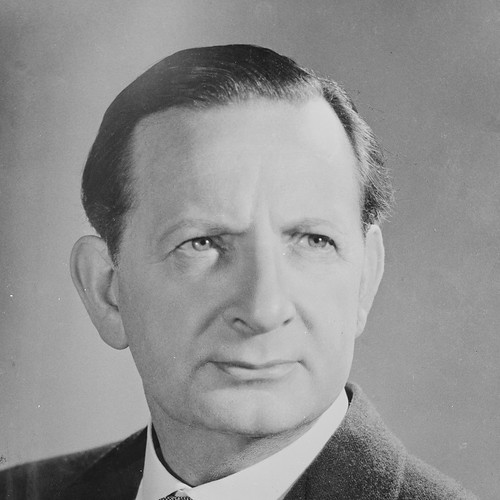 Recognised for a lifetime contribution to Australian music, Sir Bernard Heinze remains the oldest person to have been named Australian of the Year. Born in Shepparton, Victoria, he studied violin at the Royal College of Music in London before serving in World War One. He returned to Australia in the 1920s and was appointed Professor of Music at the University of Melbourne. From 1929 Heinze was musical adviser to the ABC and helped pioneer classical music broadcasting in Australia; he oversaw the inception of the ABC’s State orchestras and conducted the Melbourne Symphony for over two decades. Heinze focussed strongly on introducing classical music to Australia’s youth, which he recognised as the most effective way to boost its national profile.

Named Australian of the Year as an eighty-year-old, Sir Bernard expressed his indebtedness to ‘the loyalty, energy and friendliness poured out from many people who voluntarily helped me do what I set out to achieve.’