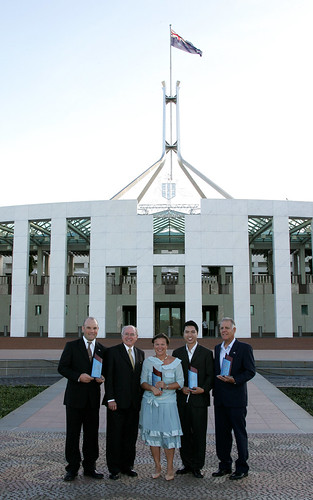 Ben Kearney is credited with making the Tasmanian town of Coles Bay the first ‘Plastic Bag Free Town’ in Australia. The bakery owner and president of the local tourism association inspired town residents to address the problem of plastic bag litter on the beaches of the Freycinet National Park, which also threatened migrating whales in the region. A ban on plastic shopping bags was introduced on Anzac Day 2003, with retailers selling reusable paper bags and calico bags as an alternative. The plan was so successful that the Tasmanian Government awarded Coles Bay an Environmental Excellence Award in 2004.

Planet Ark founder John Dee believes that the Coles Bay experiment demonstrated that Australians could live without plastic bags. The scheme had a major influence on the subsequent shift towards reusable shopping bags around the nation. Ben Kearney is a local hero whose inspirational leadership has had a national impact.