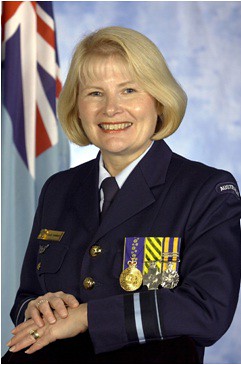 ACTState RecipientAustralian of the Year2005

Trained as an engineer, Julie Hammer was one of the first female engineers in the Royal Australian Air Force (RAAF). Her extensive career is an inspiration for all young women with engineering and military aspirations. Julie was the first woman to command an operational unit in the RAAF and become a member of the RAAF General List on promotion to Group Captain in 1996. She also achieved One Star level on promotion to Air Commodore in 1999 and then Two Star level on promotion to Air Vice-Marshall in 2003. She is the only woman in the history of the Australian Defence Force to achieve starred rank. In 2002, Julie was appointed as one of Australia's Honouring Women Ambassadors and in 2004 was appointed a Member of the Order of Australia. Julie's skill, passion and intelligence have shone to facilitate her great achievements.