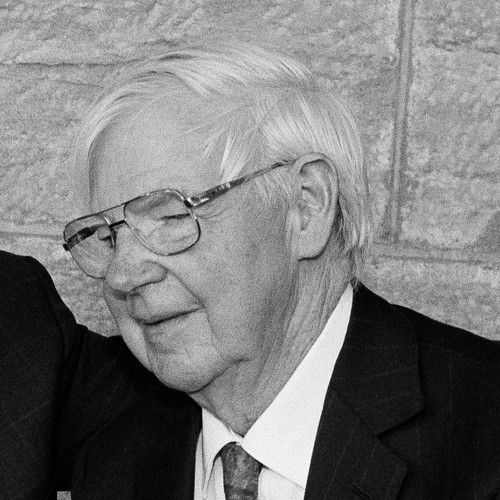 Arthur Boyd was a member of a large and prominent artistic family and began painting as an adolescent. In a career spanning several decades, he produced a remarkable range of paintings on diverse themes. In the 1950s he produced his famous series ‘Love, Marriage and Death of a Half-Caste,’ which was inspired by his distress at the plight of Aboriginal people. This series achieved international acclaim when Boyd moved to London in 1960. Returning to Australia in 1971, Boyd subsequently divided his time between Australia and Britain.

Reflecting his pre-eminence, he was commissioned to design a tapestry for the Great Hall of Australia’s new Parliament House. In 1993 he gifted to the Australian nation several thousand artworks from his personal collection. He also donated his New South Wales property Bundanoon, where an artist-in-residence program was established.

Boyd was named Australian of the Year for his extraordinary contribution to Australian art and his great generosity to the Australian nation.